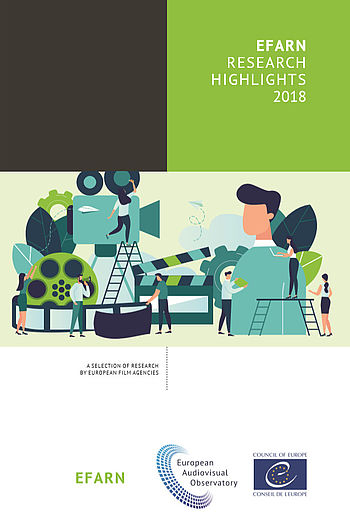 The European Film Agency Research Network (EFARN) met in Vienna on 28–29 October 2018. The meeting was hosted by the Austrian Film Institute (OFI). For the ninth time, Russia was represented by Senior Analyst at Nevafilm Research Xenia Leontyeva.

The key items on the agenda included gender equality both on and off the screen, as well as changes in film viewing habits, in particular among young people, and how best to monitor these. European film foundations spoke about the methods they use to assess the effectiveness of current fiscal incentives, the success of films and the representation of domestic films in secondary markets.

The meeting also included a presentation of EFARN Research Highlights, the first joint publication by the network’s members. It is a collection of summaries of studies conducted by film foundations in Austria, the UK, Germany, the Netherlands, Slovenia, France and Sweden, covering subjects such as statistics on the film market in general, changes in film distribution and film audiences, the video-on-demand market, state support and its effectiveness, and diversity both within the film industry workforce and in terms of the characters that appear on screen. Nevafilm Research also presented articles on the state of the Russian film market, monitoring of film audiences, and its vision for the future of the film industry. More details.