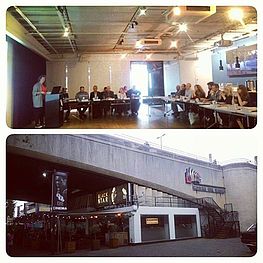 On 24–25 October 2016, London’s British Film Institute hosted the fourteenth annual meeting of the European Film Agency Research Network (EFARN). As always, the work of analysts from various European ministries of culture and film funds was presented at the meeting.

Researchers turned their attention once again to tracking film distribution and sales on various platforms – a topic that grows more urgent with each passing year as video-on-demand services continue to expand their reach. In only a handful of countries are these services required to report to the state-run foundations and institutes which compile film industry statistics.

Another topic of discussion closely related to the first was the new audience research carried out by GfK on behalf of UNIС. This new study aims to outline the factors that keep young viewers at home and to propose measures that may bring them back to cinemas, as well as to determine whether subscription-based video-on-demand services are responsible for robbing cinemas of their younger audience.

Attendees also discussed international cooperation: specifically, film co-production. The discussion focused on how successful the latter had been, and looked at sources of state support and changes in the sector’s structure and fundamental principles.

A number of countries also presented reports on aspects such as fair employment practices in film production, the environmental safety of the production process, and other issues of importance to today’s European film community.

Once again, Russia was represented at the meeting by Nevafilm Research senior analyst Xenia Leontyeva. Nevafilm, the official partner of the European Audiovisual Observatory in Russia, has been an EFARN member since 2010.